Kris’s funeral was on Friday, March 16th, 2018.  Today, April 16th, 2018, is one month since his memorial service.  I want to share what I said at Kris’s service.  It’s not exactly word for word what I said.  I’ve edited, added, and clarified some things. 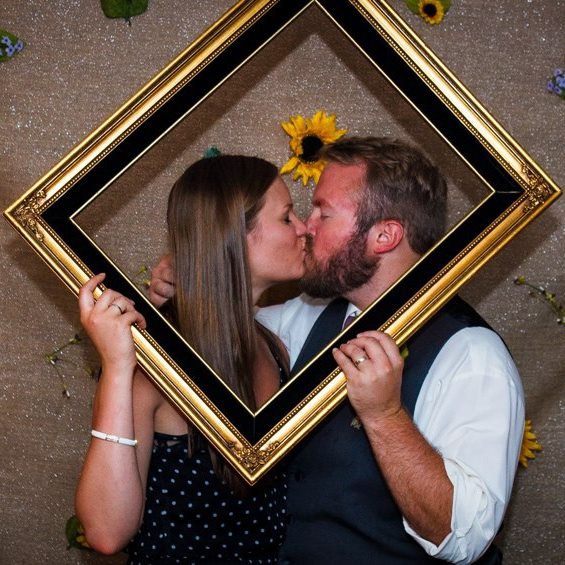 I knew I wanted to speak at the service.  I started thinking about it as soon as I found out Kris’s body was being transported back to the country, and we could actually start planning the funeral.  But I didn’t really tell anyone I was going speak, just in case I lost my nerve.  One night I couldn’t sleep because all I was thinking about was what I wanted to say at the memorial service.  So I knew I needed to speak.  Kris would have done it for me.  It was just a matter of actually getting up in front of an unknown number of people, knowing I would be a wreck anyway. I wrote everything out that I wanted to say twice.

We did the graveside service at Cloverdale Cemetery before the memorial service.  It worked out better with the availability of the Nampa Civic Center. And I didn’t want an open casket.  I don’t like open casket services. During the graveside service, I felt the urge to stand up and speak, further confirming that I was going to speak at the memorial.

There were so many people at the memorial service.  My nerves started to get the best of me before the service even started, and I had to sit down. The seats weren’t full when I sat down, and I didn’t turn around to look and see how many people were there before I stood up to speak.

When I finally stood up, the place was packed, people were standing in the back and off to the sides. I’m told they had 300 seats set up and brought out more. I know there were empty seats in the family seating area and that not all the seats were filled with guests. Best guess is at least 300 people were in attendance.

And I was amazed. It’s incredible how many lives that Kris, my husband, touched. I don’t know if people in the crowd could see my hands shaking as I stood there, holding my notebook papers and the microphone, trying not to completely break down.

For those of you who know me well, you know that I don’t really like public speaking.  I thought a lot about whether or not I wanted to speak. I think I would regret it if I didn’t.  And I’m in a room full of people who knew and loved Kris. It’s like I’m speaking to friends, even if I don’t know you, we’re not strangers.

I met Kris when I was 24 years old.  It was the spring of 2010. I had a boyfriend.  I then broke up with the boyfriend to date Kris.  We had our first date and then he gave me the “friends speech” a month later.  He continued to flirt that whole summer and we started dating for real that fall after my 25th birthday.  When I was 26, Kris told me he loved me, when I was 27, he proposed, and when I was 28, we got married. And now, I’m 32 and my happy, fun-loving, sweet husband is gone.

We had a wonderful life together.  I knew we were going to get married when we started dating.  It might have taken Kris a little longer to figure it out. We dated for three years and we were married for almost four and a half years.

Kris has been my life for the last eight years.

We had a beautiful marriage.  It wasn’t perfect, but it was easy to love Kris and build a life together.  He was just easy to love. He was almost always happy. Always joking or singing songs around the house.  Kris and I are both fairly independent people. We can be stubborn. We both did our own things, but we supported each other, helped each other, confided in each other.  We talked about anything and everything, even if the serious conversation was brief. I don’t have any unanswered questions, nothing that I wished I had talked to him about.

I don’t think Kris had any regrets.  He traveled the world. He hiked. He camped.  He rafted. He fly fished. He did a marathon.  He did an ironman. He got married. He had a dog.  He graduated from college. He worked. He remodeled our house. He cooked.  He ate. He drank. He did CrossFit. He joked. He laughed.

On Wednesday, February 28th at 6:30am, I got the call from the U.S. Embassy in Israel.  Kris was in Israel for work. The man on the phone informed me that my husband had been found dead in his hotel room.  I was sitting in the living room when I got the call and somehow ended up on the floor in our bedroom. I just kept saying, “No” over and over.  And thinking, “Oh, my sweet husband, what happened to you? How can I exist without you?”

I still don’t know what happened. The worst part for me is knowing that he died alone, in a hotel room.  And I pray that he didn’t suffer.

There is no reason, no purpose, no lesson to be learned in Kris dying.  It makes no sense. It just happened. And my heart is broken.

Kris and I did FaceTime before he went to bed that night.  The last thing I told him was that I missed him and loved him.

Thank you all for coming.  I am continually overwhelmed by all the love, support, and generosity that I have received during this horrible time

Life is precious. Kris understood that.  I know that he would want us all to continue to enjoy life and make the best of every day.

Thank you for helping me celebrate his life.

I was very touched by what was said from those of you who stood up and spoke at the funeral.  That was not an easy thing to do.

One of Kris’s coworkers wrote me the most beautiful email.  I don’t think he’d mind me quoting him. He wrote, “I know that my grief and pain are minuscule compared to yours, and yet they do have significance, as I share a little part of your burden.  I am hopeful that writing to you will not only help in my own process of healing, but in yours as well.”

Those two sentences speak truth to me.  Knowing what Kris meant to people, the memories people have of him, how his death has affected them, it does help share the burden.  I’ve been surprised to find out how many people left work when they heard about Kris’s death.

I know that I’m not alone in this.  I know Kris’s family and my family are grieving.  I know our friends miss him.  But he was my husband, my partner, my adventure buddy, my IT guy, my chef, my proofreader, my handyman, my truth, my love.